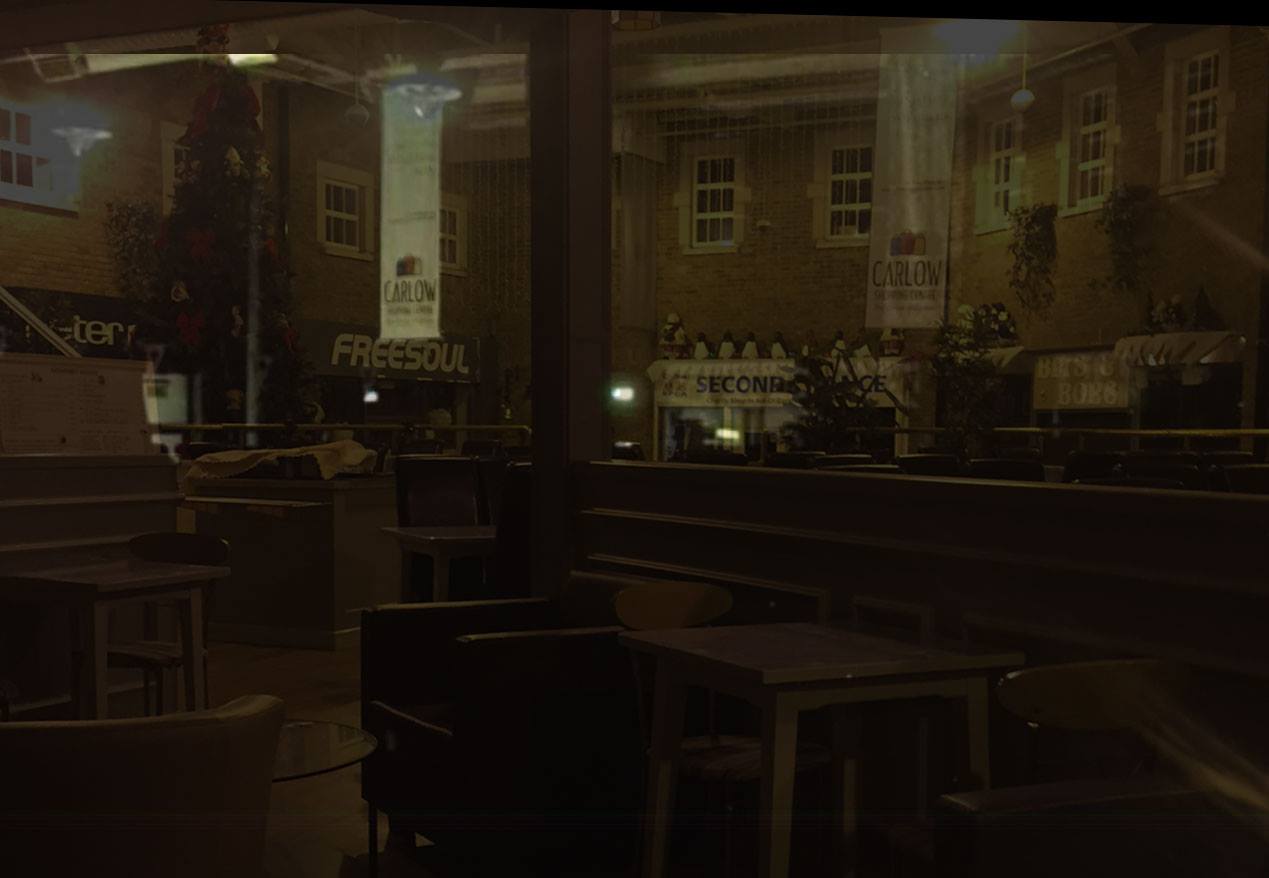 You might wonder why we spend so much time in Carlow Shopping centre, site of the old gaol.  Our reasoning is quite simple – every time we go in there, we come back out more confused.

Our most recent visit a few weeks ago has been no different.  It’s taken a bit of time to review the data but there were a few occurrences we didn’t notice until reviewing.

First, there are two other clips of video.  Both are filmed in the dark so are hard to see.  This image is a photo in daylight, superimposed over a screenshot from the video, just to give you an idea of what is where: 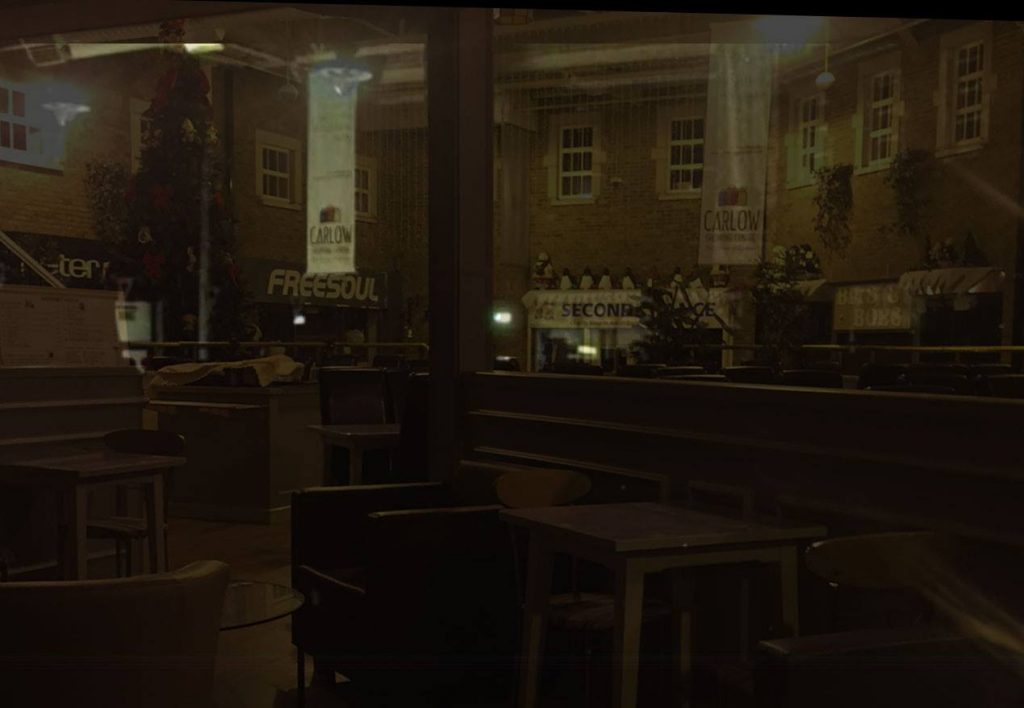 You will notice anomalies in that, but it is purely the fact that one image has more things in it than the other (the Christmas decorations had been put up in the meantime).  In that photo though, you can clearly see the Peter Marks window, which is where you want to look at during these next two videos:

Did you see it? Have a look again. In the lit window to the left, there is a shadow which appears in both videos.

Feel free to leave some comments here, on YouTube or on facebook and tell us what you think.  Did we capture something? Are we mistaken and could it be a rodent or some kind causing the shadow (personally, considering how well kept the centre is, I would very much doubt that scenario).  Still – it was strange and we’d like to know what you think.

One thought on “Another Scary Night in Carlow Gaol”

This site uses Akismet to reduce spam. Learn how your comment data is processed.

By continuing to use the site, you agree to the use of cookies. more information